Even though world leaders agreed upon the SDGs, very few Norwegians had heard of them two years ago. Most people knew little-to-nothing about the spending of their money, other than the fact that Norway is a world leader in granting aid to developing countries. Only 35 percent of Norwegians knew that the goals even existed, a number that was potentially harmful to the credibility of Norwegian development aid and Norad’s work in general.

Norad sought a creative information campaign that brought the SDGs out of leadership summits and into the every day of ordinary people. We immediately decided to take the task literally, by bringing the development goals out into the wild to raise awareness of the SDGs. Our solution was an “enlightenment trail” in the middle of the Nordic night, bringing thousands of people with headlamps to the top of some of the most spectacular mountains in our long-winded country. On the peaks, we would host the world’s first Sustainable Development Goals summits for and by ordinary people. The goal was to increase awareness of the SDGs in the entire population of Norway by 10 percent. 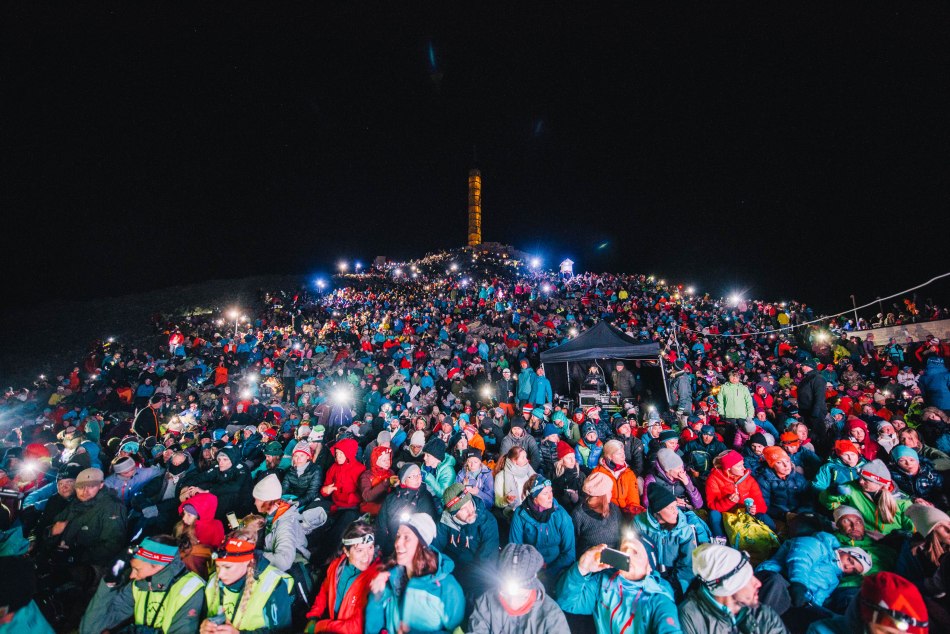 Our strategy was to enlighten Norwegians in their natural habitat (read with their hiking shoes and practical clothes on) and show them what we are capable of if we work together. Our people can come across as enclosed to foreigners, but a particular part of our culture has cooperation and fellowship at its core: Norway’s hiking culture—what we call “turkultur”—bring people out of their cabins and tree houses into the wilderness all-year-around. To symbolise the road to 2030, and to put our “turkultur” to the test, we would climb to the SDG summits in the dark. So far we have arranged three such summits, from the Gaustatoppen mountain in the south, where it is possible to see one sixth of Norway’s mainland, to the Keiservarden mountain plateau in Bodø—situated above the Arctic Circle.

SDGs awareness in Norway increased by 12 percent after this initiative

We announced the night treks by using Facebook invitation with targeted marketing, combined with relevant bloggers, and local and national media that attracted the interest from people all over the country. Together with the Norwegian Red Cross, the Norwegian Trekking Association and the relevant municipalities, we erected 17 light installations along the trail. Each light invited passing hikers to learn more about the SDGs. From each summit, we spread the message through social and traditional media, and UN agencies and hiking bloggers picked it up organically; even Prime Minister Erna Solberg joined in.

The films from the events have 2 million views in 2016 and almost 3 million views in 2017, in various social media. Nearly 20.000 local hikers joined together to conquer these spectacular surroundings and lit up the mountains they usually visit in the daytime. The campaign reached millions of people, and awareness of the SDGs increased by 12 percent. 5 out of 10 Norwegians now know that the SDGs exist—and that it is within our shared power to reach them.

During 2017 other similar initiatives have followed, with a remarkable impact in Norwegian media.

0 comments on “Hike a Mountain for the Sustainable Development Goals”

Powered by OECD DevCom, this is your place to share stories, advice and insights on engaging citizens for sustainable development.